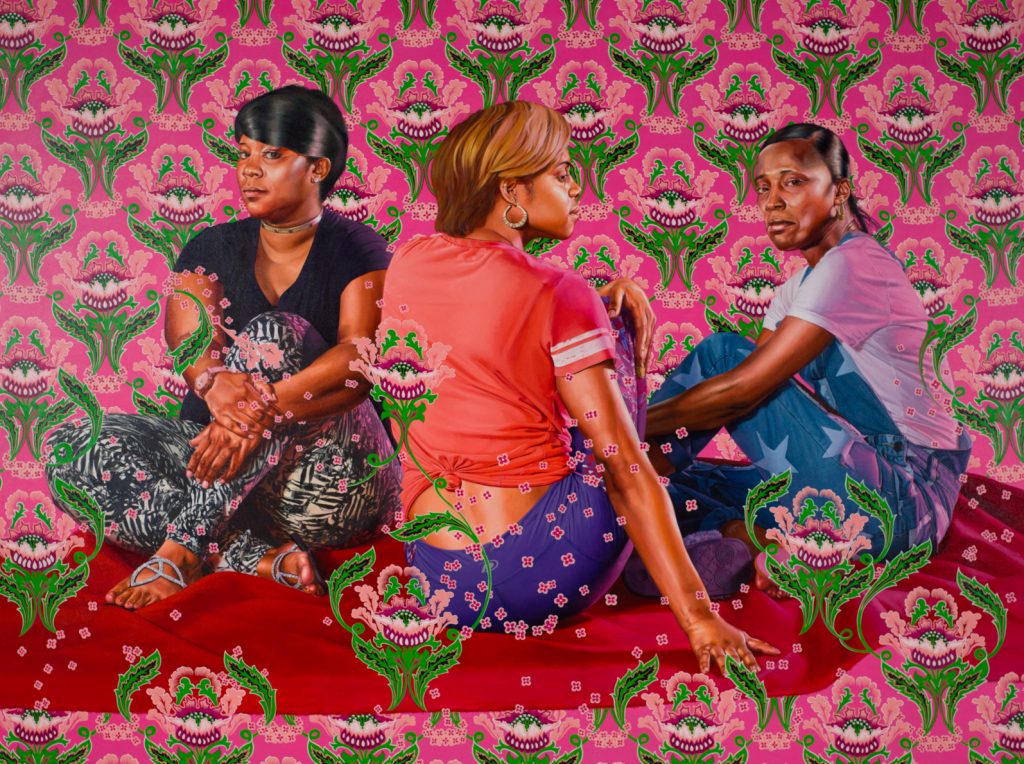 Kehinde Wiley is a Nigerian-American artist who has been transforming the world of art with his powerful, beautiful work since the late 1990s. In his series of paintings, Wiley often chooses to depict women from different backgrounds in heroic poses.

He encourages viewers to see the beauty in these individuals and their stories.

The History of Kehinde Wiley and How He Incorporates African-American Culture into His Work.

Kehinde Wiley was born in 1977 to a Nigerian father and African-American mother. He grew up in Los Angeles, California.

He studied painting at the San Francisco Art Institute. Wiley is most well known for his use of vibrant paint colors and patterns, which he incorporates into many of his pieces.

The paintings are often large-scale portraits that often depict people from different ethnicities, cultures, or backgrounds with exaggerated features.

He usually incorporates their country’s traditional clothing into the work as well as other traditional art or symbols that are specific to that person’s background or origin.

Kehinde Wiley is an African-American painter who identifies himself as a mix of African and Western culture. He’s known for his portraits of famous figures, including Barack Obama, Oprah Winfrey, Serena Williams, to name a few.

There is a debate over whether Kehinde Wiley is the next great black artist in America. However, Kehinde Wiley doesn’t see it that way. This is because he sees himself as just one of many artists who are introducing new perspectives into what it means to be an American. This is why he doesn’t want to put any artist on a pedestal.

Every week at least one art critic writes an article about how Kehinde Wiley is the next great black artist in America. This is because his work taps into what it’s like to be both black and American.

The Inspiration Behind Kehinde Wiley’s Works.

Kehinde Wiley is known for his large-scale paintings that re-interpret the classical portraits of European art. These paintings typically depict black individuals in ornate, sometimes patterned clothing, against various backdrops.

Kehinde Wiley is an American painter and artist known for his contemporary portraits of African-Americans.

Kehinde Wiley was born in 1977 in Los Angeles, California. He attended the San Francisco Art Institute and graduated in 1999, where he majored in painting and minored in sculpture. He later went onto Yale for further studies.

Where to find Collections of Kehinde Wiley’s Work

Here are places you can go to see his work in person:

In fact, you can find his art throughout the US in various art museums.